Sunday was a good day, not only was the sun shining, I spent the day at Silverstone with Century Motorsport in the thick of the British GT Championship action. To say I was excited is a slight understatement, four-wheeled euphoria is more like it. Total nerdalicious delirium is even more like it – I was definitely in my happy place.

A bit of background – Century Motorsport was founded to support Nathan Freke, a multiple Brit champion, and his racing ambitions. After 15 years they’re now one of the leading British GT4 and Ginetta GT Supercup teams. The British GT Championship has been going for 25 years and if you don’t know it or watch then it can seem a bit complicated – it’s probably a good idea to check out their page which explains the different classes and how the races work.

So I went along with the super talented photographer Chris Frosin to support Century Motorsport, their two teams and drivers. He’s an epic snapper and his imagery captured the atmosphere, teamwork and passion from the day perfectly – there’s nothing quite like being in amongst it, but these photographs are the next best thing. Plus he likes to drink lots of tea like I do. 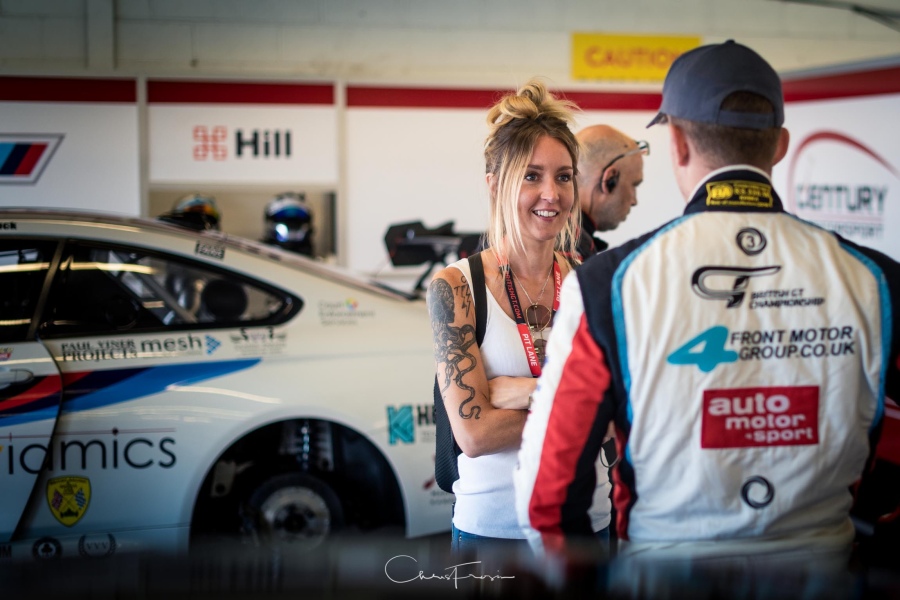 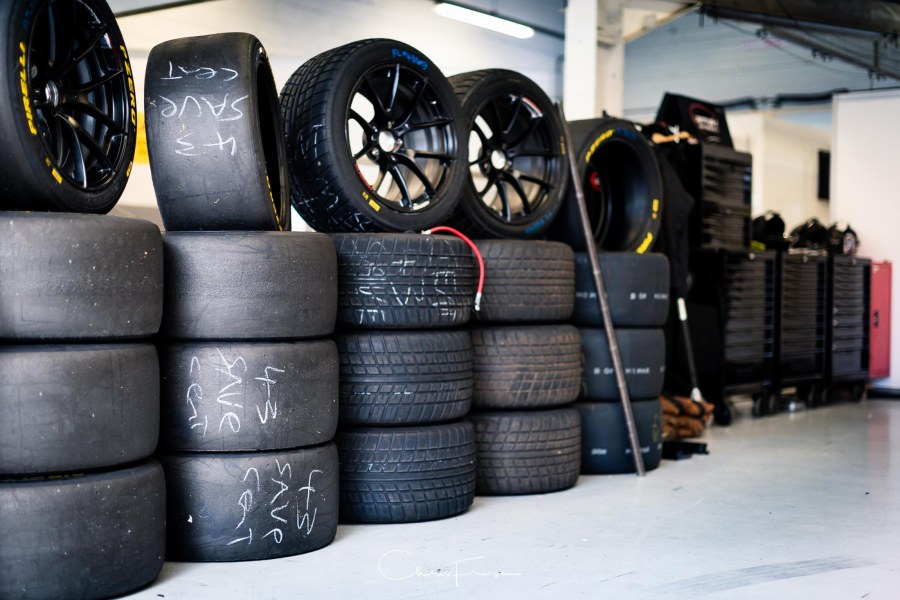 The two teams drive BMWs and these cars are magnificent. I love Beemers anyway – they outperform most other road cars and ever since my Dad had a 3 series when I was learning to drive (and he let me drive it) I’ve been smitten. But these BMW M4s are something else, aesthetically the mean front-end looks like it’s spoiling for a fight and the whole silhouette of the vehicle is beautifully proportioned. Obviously it’s not all about looks, the engineers at BMW Motorsport focused on maximum mileage and efficiency with this model developing a reliable GT4 car using tech already tried and tested from the BMW M6 GT3. The engine and transmission, including control electronics, were taken from the BMW M4 Coupé. However they went in a totally different direction in terms of engine control software – the BMW M4 GT4 is the first BMW Motorsport car to be equipped with power sticks, which can be pre-programmed for different engine performance levels. This is certainly not just any car.

In the pits we got up close and personal to these extraordinary race cars and were able to see for ourselves each element that has been designed, developed and tested to give the cars and therefore the drivers the best performance possible. The doors for example, they are so incredibly light you could blow them shut and each one costs 5 x more than my MK1 MX5! I’ve been designing a custom BMW recently and this whole experience has added even more race fuel to my fire – so I’m especially captivated and inspired by this. 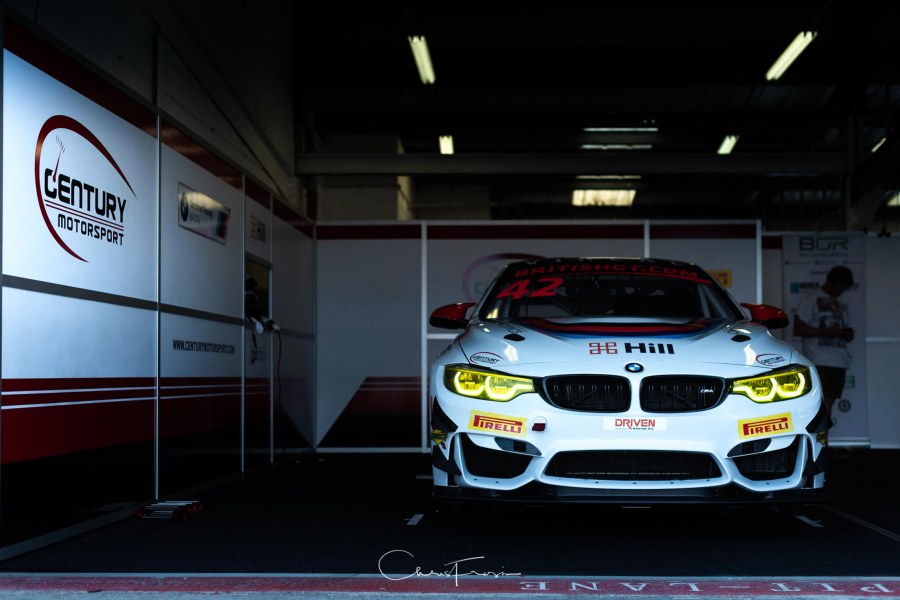 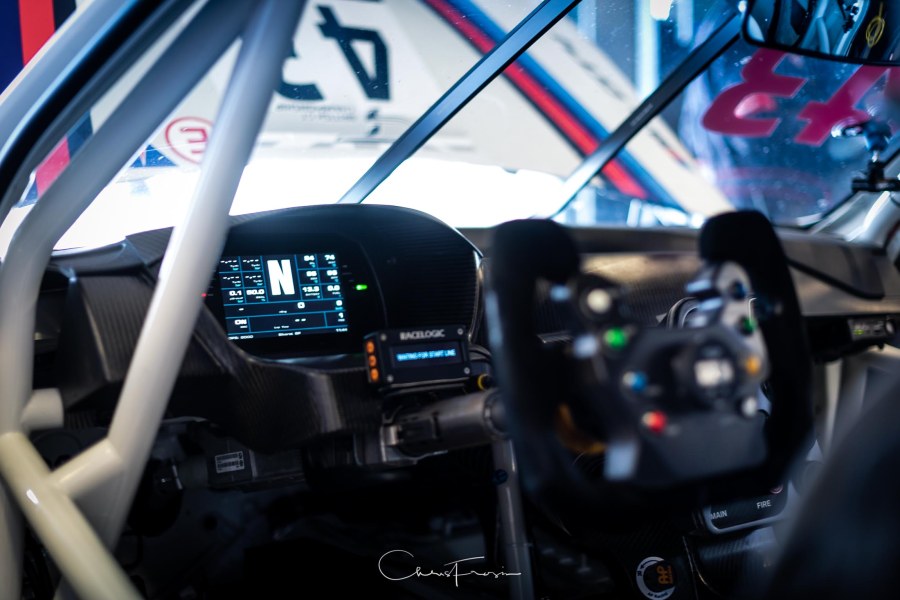 No 42 BMW M4 GT4 is driven by Ben Green and Ben Tuck, No 43 by Jack Mitchell and Aleksander Schjerpen. I have so much respect for these drivers, the engineers, the mechanics the whole team – every person that make these races happen. So much so that I get terribly starstruck (starstruck isn’t really the right word – carstruck is more like it) and don’t know what to say to them despite having a head swimming with questions! Not only did we get to see the race prep in the garages we also saw the pit stops – the perfect timing of driver change, tyre change and refuel – absolutely fascinating to watch up close. There was plenty of drama throughout the race and to be part of the team camaraderie and experience the electrifying emotion when Century Motorsport came in first with car 43 and 5th with car 42 was outstanding. I’m still buzzing from that day.

Despite talking an awful lot I actually find it quite hard to describe days like this; the sights, sounds smells, excitement and passion are, for me, what life is all about. It’s the best feeling in the world and I absolutely love it. Those who follow me, read my posts and listen to any of my interviews will know I’m trying to encourage, inspire and motivate people in the UK custom classic car scene to adopt that same ethos. It can be a frosty, critical, environment and it absolutely needn’t be. To have passion about cars, bikes, racing, driving, customizing, building and restoring should be shared, celebrated and encouraged. There’s no need for any negativity in such an electrifying scene. Being a petrol head is an absolute way-of-life and The British GT Championship was another perfect example of this. Thank you to everyone at Century Motorsport for the perfect day. I can’t wait to see you all again.

Massive thank you to Chris Frosin for all the epic imagery, you totally captured the day to perfection buddy!