Following on from the roll bar install it was time to tackle the front of the car, trying my hardest to erase the hair dresser stereotype. Starting with a few small details before tackling the rust and finding a suitably hell-ish body kit I opted for a grill and stealth turn signal intakes. Replacing the standard side lights these turn signal intakes from Moss also channel fresh air into the engine bay. The tiny LED sidelights and indicators replace the bulky standard bulbs and although this is a small change it makes a big difference to the look of the front of the car. It’s the perfect balance between form and function – which I really like. In addition to this I’ve added a grill from I.L. Motorsport, originally my car didn’t have one so after fitting that new rad it was an essential addition. Plus it adds to that stealth aesthetic I’m aiming for.

That’s as far as I got before the MX5 decided to throw a spanner in the works and run like a bag of crap. Misfiring, spluttering and loss of power. After referring to my trusty Haynes manual, my first port of call was HT leads and spark plugs. All the while hoping and praying the problem wasn’t the ignition pack – which would be pricey to sort out. Turns out it was a simple fix – a set of new HT leads and a set of new spark plugs just for good measure. I upgraded the leads to JR Performance Leads from Moss – who very helpfully advised me on this and then the car was running like clockwork again.

Interestingly (well if you find this sort of thing interesting) the recommended spark plugs for the MK1 MX5 1.8 were NGK BKR6E-11. However after talking to Moss these sparks are too hot for my naturally aspirated engine, they’re only really suitable once my turbo has been installed. So instead I swapped them out with V-Power NGKs. It definitely pays off to seek advice from the experts and although this was a minor blip I’m ready and waiting for more because that’s retro cars for you! 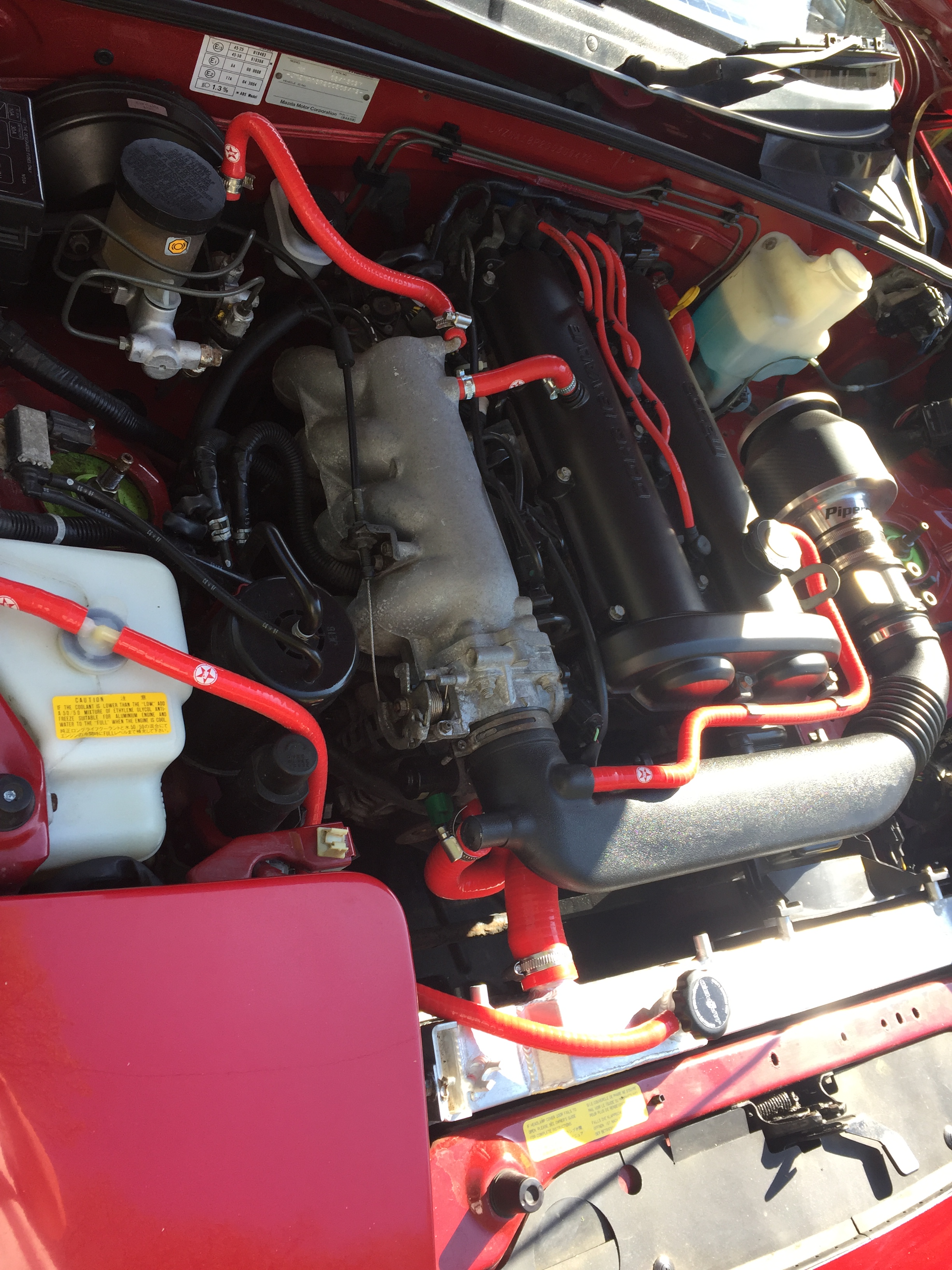